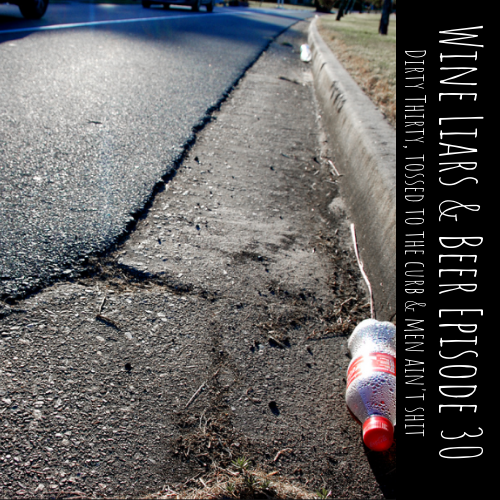 And we mean it. Not to say that we’re the shit, but we kind of are.  I mean, without us girls the world would end. Literally. Bam. Over.

So why are the major players of the game of life constantly played? You knock out the queen, you bring the whole kingdom down with her. There needs to be an etiquette class on how to treat people. Women especially. Seems like it’s a lost art. For one, you never, ever, ever leave a date on the side of the road like trash. That is just a trashy thing to do. Who raised you anyway to do a thing like that. You take a drunk girl home mf-ers. Maybe you leave her on the doorstep. or the very least, the front lawn, but left for curbside pick up? That’s just downright disgusting. Second of all, you never, ever, ever put a girl in a position to have to turn her back on girl code. If you want to be a player, don’t expect us to join in your game. Last time I checked, I was promoting myself as the Netflix and help you cheat on your girlfriend type. And now I’m faced with the dilemma of ensuing drama. It’s not the stone age any more fellas, it’s pretty easy to find out what goes down behind our backs. And last for today, don’t front with the good guy shit. It’s not worth it. It’s already hard enough to convince ourselves to give the good guy a chance, so no sense in putting on that kind of mask. You might as well not break character for a hookup, cause it’s a little easier for us to digest if we were expecting it.

We normally live life unfiltered, but to save face and some friendships, we are kind of serving up and edited version this week. Those who are involved- you know who you are- we aren’t doing this for you, but rather to protect the still unbroken hearts of our own species. #VenusStrong in more than one sense of the word. We are patiently waiting on our own Cupids to make a comeback on November 16th, when Venus falls out of retrograde. However, we’ll admit, we’re currently getting our feet wet. Our search for Mr. Right for Us is still going strong, and our drinking game is back on track. Where my boys at?!? Until next week bitches. We love you!